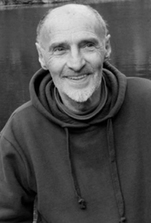 Award winning film posters: 1977 – 1978 third prize from the magazine The Hollywood Reporter and the Silver Hugo at the International Film Festival in Chicago (Harold Lloyd ); 1988 Honourable mention for „The Best Poster of the Year“ (Get Your Vouchers and Take It Easy).

We presented poster art made by Vratislav Hlavatý in summer 2007 with his personal attendance on his exhibiton in kino Svetozor.

Gappa: base for realized design - back page, confirmation stamp from Ministry of culture, 1973