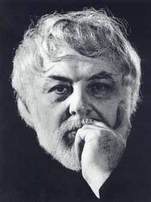 He studied on State art school in Prague between 1945 and 1948. Then on Academy of Arts, Architecture and Design in prof Karel Svolinsky studio from 1948 through 1954. Co-autor of his works is his wife Vera Surova.

He´s fascinated with eternal harmony and opposition in same time of black and white color. He illustrated or made graphic layout for more than 250 books, and 650 posters (mainly theatre, music and movie)

Painter and graphic artist.
Jaroslav Sůra was born on 31. 3. 1929 in Prague.
He grew up in a family of a provincial teacher, who had great influence on the artistic career of his son. Villages of Blažejovice, Křivsoudov, Čechtice and Zhoř in region of Podblanicko became a life-long inspiration for his work. Sůra studied at the State Graphic School in Prague (1945-1948 under Prof. R. Beneš) and The Academy of Arts, Architecture & Design in Prague (1948-1954, including one honorary year with Prof. Karel Svolinský).
He illustrated and graphically arranged more than 250 book titles, designed over 650 posters, over 80 brands, symbols and logotypes and created innumerable number of drawings, painting and art prints. He used a technique of screen printing , which gained popularity thanks to Japanese graphics at the beginning of 1960’s.
His work is represented in public and private collections in Czech Republic and abroad. It is also to be seen in The Museum of Modern Art in New York, where he received a prestigious Achievement Award from International Council of Design for his design for a best book of the year on a topic of holocaust. For his artistic achievements he received many Czech and International awards. He received a prize for a lifetime work at the 8th Intersalon 2004 International Contemporary Art Exhibition.
He is a member of Unie výtvarných umělců, Association of Czech Graphic Artists HOLLAR Prague, Brno Biennale Association, Asociace užité grafiky, Alliance Graphique Internationale.
Jaroslav Sůra died on 24. 5. 2011 in Prague.

Another posters not in our collection (17)