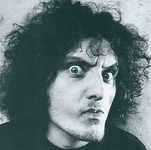 A graduate of the professor Libensky´s glass making studio at the Prague School of Applied arts, Martin Velíšek has been exhibiting his glass-work, paintings and drawings since 1987. The wider public came to know him in 1992 through an exceptional joint travelling exhibition which covered Bohemia, Moravia and Slovakia with the painter and glass maker Michal Machat, who in the same year taught with Velíšek at the summer school of glassmaking at Pilchuck USA. This exhibition received unusual publicity after unprecedented scandal which arose in church circles, after the opening in Znojmo the exhibition organisers were forced to cover up several of the supposedly „imoral“ pictures.

In that exhibition, although the „academic civilian parealist“ Martin Velíšek exhibited painted glass vases and figures,the main focus was on paintings which could normally be classified as grotesque figuration, these paintings are the medium he chooses to expound the specific sense of absurd humour that he brings to his work mainly through the telling of stories. The parameters of this grotesque often spill over into classical or even religious themes (The Last Supper, The Crucifixion and the later Bethlehem), that together with pure composition and the frequent use of lettering not only point to gothic painting as an influence, but to a constant interest in depicting man in-between the internal and the external worlds. It is true that the characters in Velíšek´s pictures are first and foremost enclosed in an interior (Sweat, The Metaphysicist, Mummy and Daddy), but as a rule they are sitting in front of a window that is luring them out. This window represents the last remaining trace of Velíšek´s glassmaking roots, there is the pellucid glass, the secret of transparency, often the window is open, escape is still possible. However when Velíšek´s heroes succeed in this, they once again find themselves trapped, maybe in a Magical forest (Triptych: Horrors from the Forest), or lost in a crowd so engulfing that they are no longer able to come to terms with their own corporeality, even in a crowd of similar people (A Group of Gymnasts in an Open Cast Mine, The Miner´s ang Gymnats´s Choir). In the finale they end up in increasingly abstract settings, on the edges of which the arechetypal stories of Velíšek´s characters are most often played out (The Champion in the landscape). Not even here at the edge of the world are they quite „free“, they lean towards the far reaches of a universe transmitting its astral rays, however they stand firmly on the earth from which they can not escape.

This extrovert standpoint has been recently replaced by an intimate tone which is not only self evident in Velíšek´s tendency towards a private and uncomplicated drawing technique, but also in the choice of themes, amongst which the family appears with increasing frequency (A series of tinted family self-portraits). He has most evidently demonstrated his mastery of drawing technique in a series of black and white studies of the lives of skiers. In „Skiers“ and the series „By the Wall“ he has enriched his technique with textured surfaces enabling him to create quite unusual graphic effects. The successful abstraction of the earlier exterior scenes is now making its way into claustrophobic interiors, that in his very latest drawings act as a kind of living emulsion into which the characters of the drawing are swallowed up.

The subject matter and the narrative aspects of his art reach their logical conclusion in book illustration. Aside from a string of book covers for the ARGO publishing house, he has completely illustrated and graphically redesigned a unique edition of „Grandmother“ by Božena Němcová for the publishers Prostor (1995), in which Velíšek´ s feel for narrative and „literal“ illustration has been demonstrated more then even before, thus enabling him to demythologize even that unusally difficult material, plus an album of drawings from the series „Skiers“, (with K. Císař, Argo 1996), and an original pop-up book to mark the eleventh anniversary of the rock ensemble Už jsme doma (with M. Wanek, Argo 1996), of which he is member and the court painter.

The Adventures of Joe Marlboro in Prague: Argo; 1995

God's Glass: Dance of the Gods